There will always be a huge demand for oil. Thus, the rise in price is always great news among producers. It’s an automatic increase in their profits and revenue. On the other hand, oil importers are going to experience the consequences of all this for they have to bear the increased costs of buying oil. Since oil is the biggest traded commodity, even the slightest movement in its price is already significant. 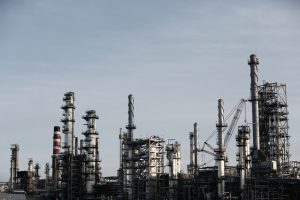 In fact, the fluctuation in oil price is capable of affecting a country’s economy and even political authority from oil exporters to importers.

Increase in oil prices results to boosting account position of oil exporters and other exports as per World Trade Oil statistics. It can result to deterioration in current account position of other oil importers like Germany and China. Oil exporters see a huge increase in reserves of foreign currency which they may use in buying foreign assets like in Arabic countries most specifically Saudi Arabia to which they serve a vital player of US securities.

With the mark in oil price increase, it contributes to higher level of inflation. This is due to the reason that transport costs would rise that will result to higher prices of various goods. This is going to cost-push inflation. This is different compared to the inflation that is caused by excess growth and/or rising aggregate demands.

Of Course, It’s the Consumers who Bear it All

Consumers are going to suffer from discretionary income. They are facing higher transportation costs but don’t have the monetary power to compensate for rising incomes. Having higher oil prices can also hinder economic development and growth.

The cost-push inflation that is brought by the rising oil prices is a problem amongst policymakers too. More often than not, higher inflation demands higher rates of interests in keeping inflation on target.

However, reducing inflation might not be the most appropriate option as the output may be below full employment.

Arguably, back in early 2008, several politicians have given too much attention to cost-push inflation than on impending economic downturn.

Despite the fact that oil prices are unpredictable, this encourages various companies to find other oil supplies no matter what’s the price associated to it. Since the 1970 oil price shock, it has created new wave of countries who started producing oils.