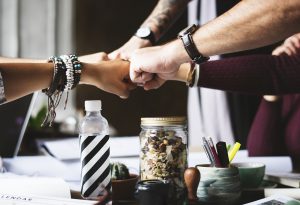 Small Businesses have a higher probability to borrow funds from financial institutions to start or expand a business.

Nowadays, more and more people are deciding to start a business. Coming up with a business concept is easy, the only major obstacle is where and how to get funds. Small businesses are types of businesses that has a higher probability to seek funding from banks or finance companies primarily because they do not have enough working capital to cover financial expenses.  Many studies show that people who venture into small scale business either borrow from their relatives and friends or get quick cash advance loans (high risk loans) from companies like Snappy Loans. The most popular loan type for this purpose are small business loans being offered by standard traditional banks and other specialized loan companies. These financial institutions also offer different types of loans depending on the purpose of the loan.

The most common reason why small businesses are borrowing money is to fund marketing campaigns that are crucial for increasing awareness for a particular product or service or to increase consumer awareness of a business or organization. It is important to have a successful marketing campaign because the public’s impression on the business depends highly on the success of such campaign.

This is one of the hardest part of starting a marketing campaign. There are many ways to fund your campaign, however it takes a long time to get the Return of Investment (ROI) which is why there is a need to spread the word about your product/service.

The question is, how can you get the money to come up with a successful marketing campaign. There are many options for you try starting today:

The Federal Budget Process and the Role Played by Congress

The Federal Budget Process is a 9-step plan outlined by the 1974 Budget Control Act, establishing the role and authority of Congress in appropriating government funds, which the latter will present as a centralized and consolidated budget plan for the federal government at the start of every fiscal year.

Take note that a fiscal year is different from the calendar year that conventionally starts on January 01 and ends on December 31. A fiscal year also covers a 12-month period, but may start and end on any date agreed and settled upon by the federal Congess, state Congress or by a business entity, as the cyclic period. Currently, the the Federal Budget Process is being carried out to create a Budget Resolution for a 12-month period starting October 01 and ending September 30.

Once forwarded, the Office of the President will in turn prepare a budget proposal indicating in dollar values, the President’s funding levels and priorities for each federal agency. The proposal may include changes to mandatory programs that Congress had already enacted; and/ or make certain changes to the tax code.

After which, the President’s final budget proposal will be submitted to Congress, where the final steps of the Federal Budget Process, take place.

The Role of Congress in the Federal Budget Process

The U.S. Constitution empowered Congress to raise revenue from where government spends will be derived and appropriated. Elected officials voted as representatives of their respective state take up positions in Congress either as house representative (congressman) or senator.

Both the House of Representatives and the Senate maintain their own budget committees, whose output will be significant during deliberations and negotiations for the final appropriations bill. Part of their output are the results of hearings with the head of federal agencies, to establish the propriety and necessity of the funds requested.

In addition, there is also a Congressional Budget Office to which certain congressional members are tasked to provide non-partisan analysis and review of the budget proposed by the President of the United States for each fiscal year.

After which, a consensus must be reached by Congress on where the tax burdens must fall, on who are the recipients of the spending benefit and on funding priorities.

The final budget projections and allocations are stated in hard numbers. Once all matters have been considered and agreed upon by the members of the House of Representatives, a Budget Resolution will be prepared and passed to the Senate for review and approval. Once the Senate approves the Budget Resolution passed by the House of Representatives, the approved budget will then be forwarded to the President of the United Stated for approval.

What is Political Finance?

Generally, political finance is the term for all funds in the process of political-electoral campaigns. Therefore, political funding can be defined as the funding of present and political party activities as well as electoral campaigns. Specifically pertaining to campaigns of running candidates and political parties. Political finance all over the world presently faces various issues. In an effort to solve these difficulties, all countries around the world will have to have some kind of policies addressing political funding.

There are many sources of political funding, from raising donations to self-funded campaigns. Some individual candidates also tend to get campaign loans to fund their campaign activities. In New Zealand, some candidates get a quick loan in New Zealand to fund the same purpose although this is not the smartest step to take.

Political Finance, Why Is It Crucial?

Political finance plays an active role in democracies. It can help bolster political parties as a whole and as well as individual candidates. It also can give chances to get more equal levels of competition. The truth is, the overall availability of funds is crucial to the total stability of elections as well as in democratic governance. This allows people to put their trust in the political industry and to politicians in general.

One of the primary elements blocking the political electoral approach to attain democratic ideologies in several countries around the world is the impact of funds. While funding is essential for democratic politics, it can likewise become a tool for a few to impact the political approach by vote buying or affecting policy preferences. For instance, many groups from any industry make use of money to govern state policies for their favor. There were many instances reported that many political parties are making use of state resources to keep their power in the government.

It is essential to have transparency when it comes to funding of political parties and individual candidates. This is one way to prevent corruption and gain the trust of the people in politics.

Transparency can help a fair and competitive competition by revealing and penalizing undue control over political figures, prevent infiltration of questionable funds into national politics, and promotes political parties and individual candidates to stick to the policies for a fair and better electoral campaign.

The need for transparency in political funding had been accepted around the globe via the UNCAC or the United Nations Convention against Corruption. This suggests that countries around the world ought to take appropriate legal and administrative steps to improve transparency in the financing of candidatures for chosen public offices.

All political parties throughout various nations require funding to actively take part in the political arena. And while financing is important in every political campaign, it is also the source of major threat in many governing bodies today. With the threat of that funding brings, the people ought to be smarter in casting out their votes.

Why It is Important for Money to Circulate Constantly and Widely

A stable economy is one in which money circulates effectively and continuously. When money held by a person or entity transfers to another on a daily basis, money becomes available for use to others. If large sums of money in an economy go to the hands of individuals who place them in financial markets, or stash them in personal cash vaults, even hide them in walls or floors, less money circulates; likely stunting the growth of an economy.

What is Money Circulation and What are Its Indications

Money circulation is the actual transfer of physical cash on hand, which transpires when consumers buy goods or pay for services. However, for money circulation to be effective, the exchange must generally transpire within the same economic territory.

The stable flow of money will carry on from consumers to retailers, to wholesalers or distributors, to manufacturers, to raw material providers, up to the very people who toil on natural resources to produce or extract the most basic requirement of a product. If such is the case, it denotes that almost all participants in an economic sector will have money to circulate at their end.

In the process of transfers, business entities aim to collect cash in amounts that enable them to pay for salaries, utilities, maintenance, tools, and other things necessary to sustain business growth. Growing businesses create new jobs, use new spaces and pay additional taxes.

The government in turn, must use taxes in ways that will benefit the general public; not on some political projects that favor only the players and supporters of a current administration.

Salaries on the other hand represent the source of money from which consumers derive cash they will put into circulation. Ideally, money received as compensation should exceed a person’s cost of living. If such is the case, a consumer can expand coverage of money circulation by purchasing other products, aside from those that they buy or pay for to meet the cost of living. Even more ideal is that they can save money in banks, since a bank in turn, will be able to generate loanable funds.

Money placed in banks yields interests, whilst still keeping the value intact for the depositor’s future use. Interest paid by banks are sourced from interests collected from borrowers; making it important for banks to make sure that money, is loaned out to entities vetted as capable of paying back the funds borrowed plus interests.

Such scenarios in an economic territory, if occuring with very little or no setbacks at all, can guarantee economic stability and growth. Unfortunately, there are certain factors such as natural calamities, disasters, civil unrests, poor political policies, monopolies, fraud, innovations, and global conflicts that affect activities and operations of those who participate in money circulation.